With the summer season still blasting the aviation industry, our activity is also amplified, as we make sure that our members in Romania and Eastern Europe are treated justly, and free from any operational pressures that could affect aviation safety.

When confronted with such issues, we must not hesitate to report any safety occurrences to the relevant authorities, and FPU Romania has been actively doing that on behalf of its members. However, any person is encouraged to voluntarily report any event and any information, perceived as an actual or potential hazard to aviation safety, to their organization’s internal function/structure, and/or directly to the Romanian Civil Aviation Safety Investigation and Analysis Authority (CASIA).

When Just Culture is at stake, employees and contract staff may report to the Romanian CAA, in its capacity as the designated body responsible for the implementation of Article 16(12) of Regulation (EU) No 376/2014, alleged breaches of fair culture rules by civil aviation Agents, in accordance with the provisions of MTO No 931/2019.

This information may be of particular interest now considering that the United States Department of Transportation (DOT) has recently rejected Wizz Air’s application for a Foreign Air Carrier Permit (FACP) over concerns about its safety oversight, as reported by ch-aviation. Wizz Air is today the largest operator in Romania with more than 30 airplanes stationed on multiple bases.

The European Union Aviation Safety Agency (EASA) has confirmed that it acts as the competent authority responsible for oversight of implementation by “Wizz Air” of flight and duty time limitations and rest requirements contained in Annex III to Regulation (EU) No 965/2012 (EU FTL requirements) irrespective of where “Wizz Air” operates.

However, FPU Romania understands that EASA has also delegated some tasks to the Hungarian and Austrian authorities, but it is unclear what has been delegated and how surveillance and oversight coordination is achieved. Yet, EASA confirms that the Civil Aviation Authority in each Member State is free to inspect any aircraft and crew (including Wizz’s) as part of the EU SACA/RAMP inspection program.

Considering the ongoing Summer of Chaos, the European Pilots Association (ECA) has released a Summer Fatigue Alert containing important advice related to ‘Commanders Discretion’ or working from days off, and calling out that “if your airline’s management exerts pressure on you or your colleagues to fly while fatigued, or threatens disciplinary measures, contact your national union, and have it reported to your national authority and ECA. If needed, ECA will alert EASA. You may also directly use EASA’s Confidential Safety Reporting channel to report any safety-relevant ‘malpractices and irregularities.”

As pointed out in the article, we all have a legal obligation to deliver the highest safety standards of the industry, abiding by the laws and regulations laid down in the national and European provisions. Unfortunately, FPU Romania has also received reports of crew members that have presumably worked beyond their legal duty time. Don’t do that!

The same goes for the pilots that could be attempting to intimidate or “convince” the cabin crew into accepting ‘Commanders Discretion’. Any pattern of hostility towards Your crew members’ right to be consulted for extending the duty could also be reported to the relevant authorities. 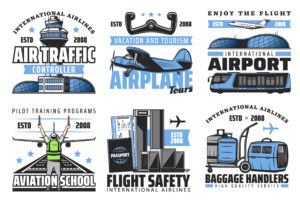 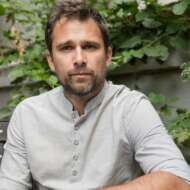 Flight Personnel Union (FPU Romania) aims at becoming the largest professional association in Romanian aviation for pilots and cabin crew.
All Posts »
PrevPrevious articleNew ruling finds Wizz Air guilty of discrimination against Italian pilots based in Romania
Next articleRomania is in breach of ILO Conventions on freedom of association and collective bargainingNext 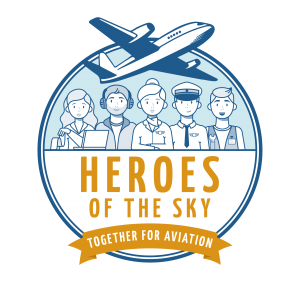